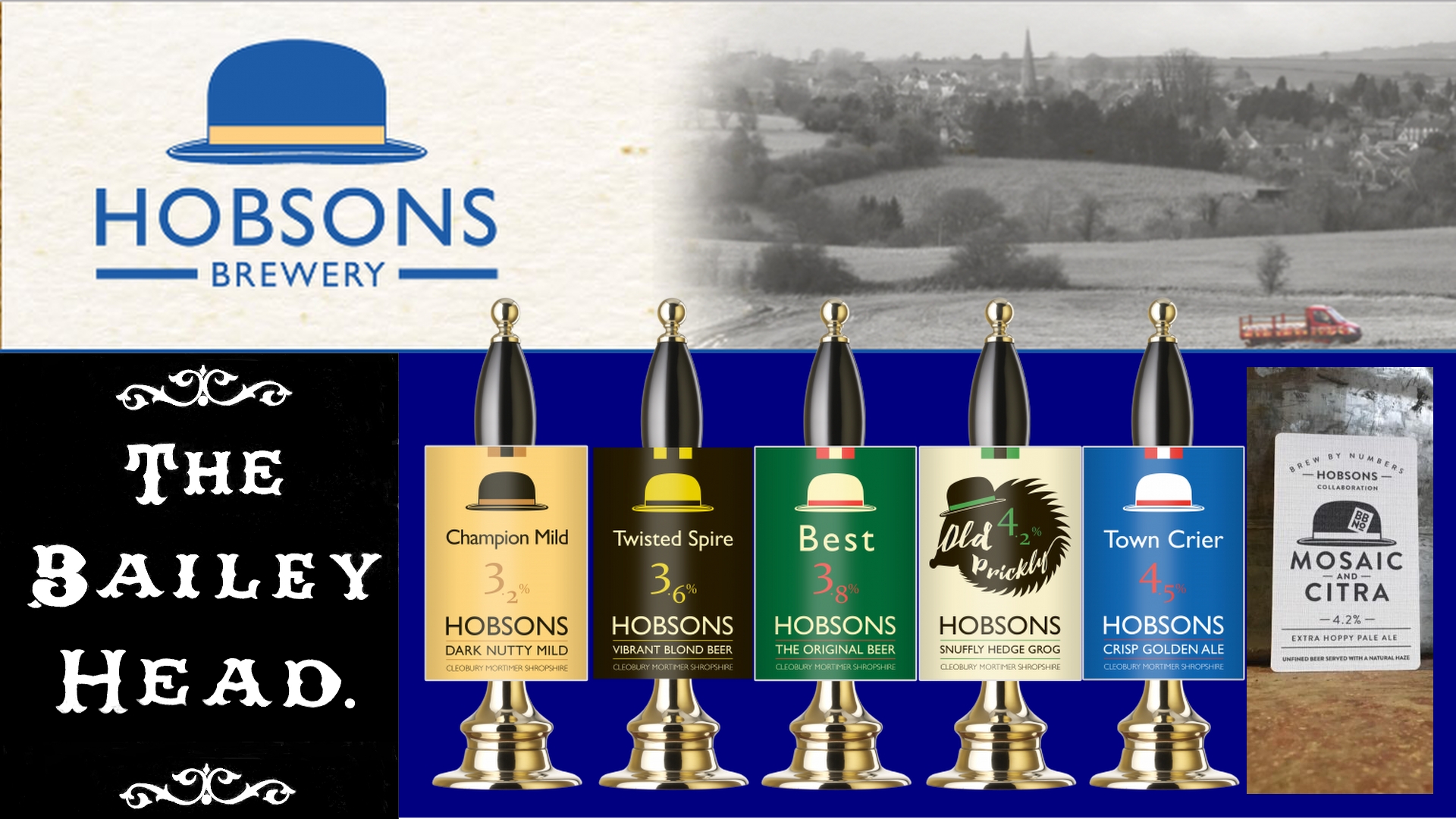 It’s The Bailey Head’s third birthday and we will be holding a Meet the Brewer and Tap Takeover with Hobsons Brewery. Six Hobsons Brewery real ales on handpull.

Hobson’s founder Nick Davis will take you through the six beers, a half pint of each, talking about the beer and the brewery.

Tickets are £11, to include the six half pints plus cheese and biscuits to cleanse your pallet.